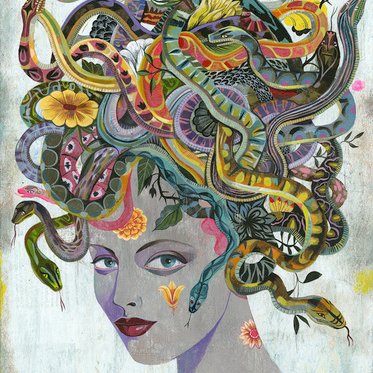 What Is The Origin Of Mystic Medusa?

A suburb on the outskirts of Atlantis that mysteriously missed the flood. Okay – seriously. Mystic Medusa began in July 1997 as a column in The Australian newspaper, that country’s national daily broadsheet. It is still in there every Saturday! The name was originally meant to be an ironic play on the super-popular, very mass-market Mystic Meg. The idea was to juxtapose a fierce Gorgon energy with the hokier sounding “Mystic.” Years later, it seems like there was more going on than that. The name Medusa means ‘sovereign female wisdom.’

Was this article helpful?
Thanks so much for your feedback!
100% of people found this helpful.
Contact Support